GoogleSignIn on Android: I can't get it to work

Here is a simplified extract from my code (where I don’t show alerts and various other stuff that I don’t think is central to my question/problem):

Here is my app.json (along with a few comments that of course aren’t included in the actual file):

The article React Native Google Sign-In with Expo, and the documentation, presents things as if using firebase isn’t just a way of making expo-google-sign-in work but the way of making it work (or at least that’s my interpretation when reading). However, I might remember incorrectly, but I think I remember being able to extract a token from GoogleSignIn.signInAsync() on IOS before doing anything with firebase. I don’t have a good understanding of exactly what role firebase is supposed to play in making expo-google-sign-in work, and am a bit confused. (Is firebase perhaps used simply because it’s the easiest way of generating a google-services.json-file?

Anyway, I did try to use firebase. When clicking “Add project” from https://console.firebase.google.com/ I chose an existing one (the one that is used for google login on the website corresponding to our app, and has been used with expo-google-app-auth with varying success in previous iterations of our app). 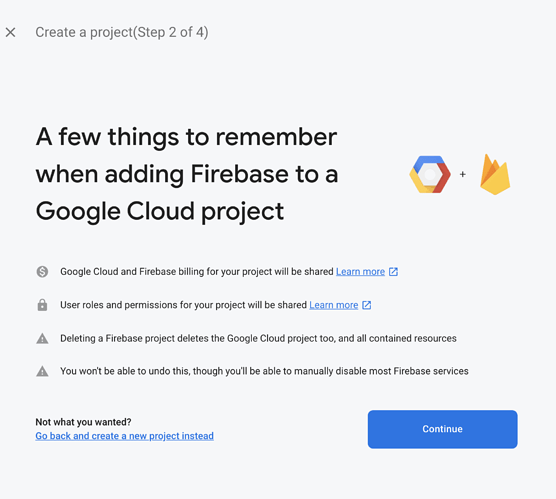 This is the project from console.developers.google.com that I merged with: 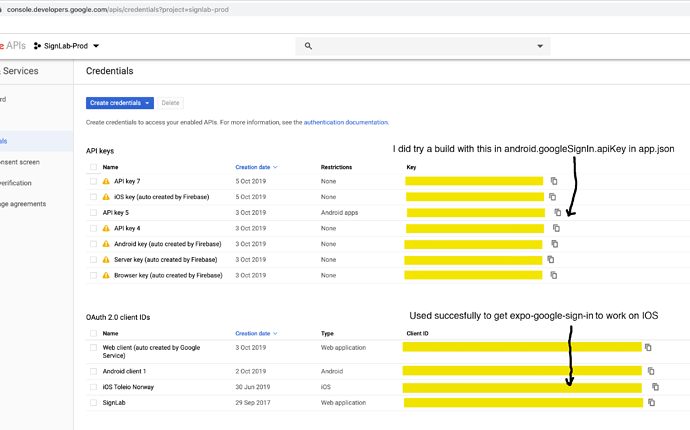 Some images from the merged firebase project: 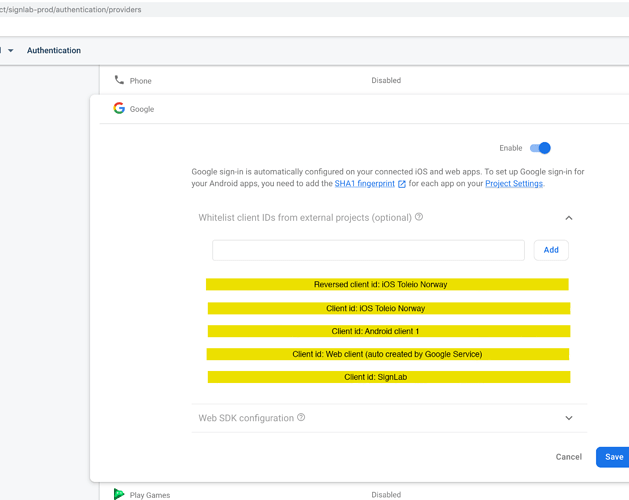 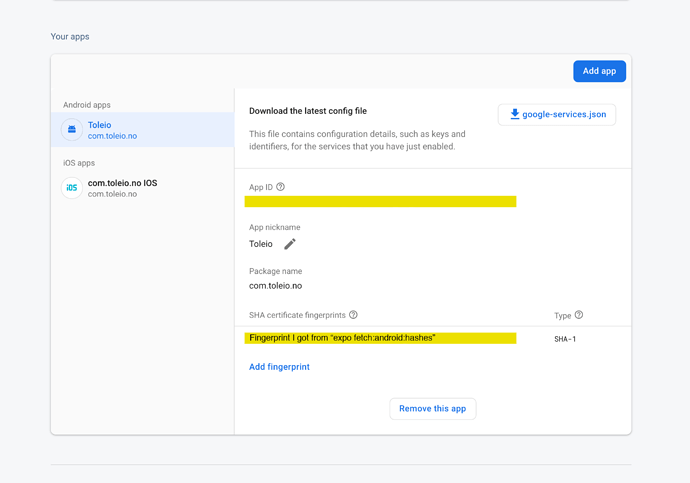 I did download the google-services.json-file, and added it to the root of my project. I don’t understand the content of that file, but I see that several of the client IDs from my console.developers.google.com-project are included in it.

The following alerts undefined for me on Android (but perhaps that’s normal on Android):

As a sidenote (that may or may not be relevant): When adding Facebook-login I added “Facebook Key Hash” from “expo fetch:android:hashes” on developers.facebook.com. This, however, did not make the login work on my phone (it did however work on the phone of my friend). It only started working on my own phone once I added the facebook key hash from an error message that I was shown on my phone when trying to use Facebook login. 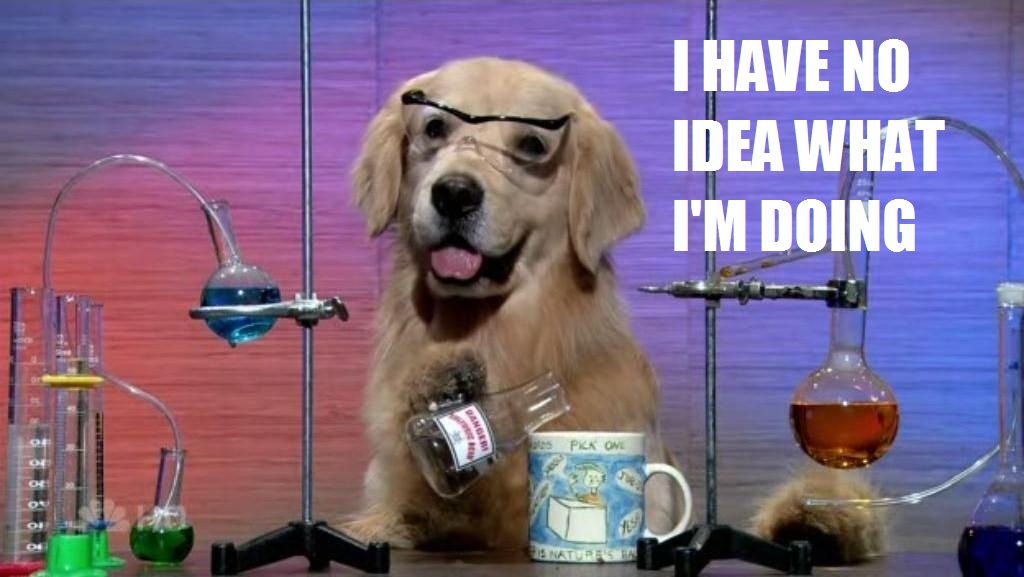 Do any of you see at once what I’ve done wrong?
Is there some step I should have done, but don’t mention?
Do you have suggestions for things you would try if you were me?
Do you have questions that potentially could bring us closer to a solution?

Any help would be greatly appreciated!

We did get to the bottom of this. It had to do with the google playstore automatically making changes to google-services.json before publishing the app.

You can find more info regarding this at: Google play console → app in question from list (on our case “com.toleio.no”) → Release management (in sidebar) → App signing (in sidebar sub.menu). Here you also find the keys that are put in google-services.json when your app is uploaded. For android-relevant keys/credentials in firebase and/or google developer console where you are to put hashes/fingerprints, put the ones you find there, instead of the ones you get by doing expo fetch:android:hashes.

Also, don’t take this for 100% certain, but I think others (who have google sign-in working on IOS but not Android) can test if this is their problem as well by running “expo build:android -t apk” instead of simply “expo build:android”. This, I think, makes it so that stuff in google-services.json isn’t replaced, but may come at the cost of stopping google from making the size of your app smaller. But if you test both this and replacing the hashes/fingerprints at once then these two actions may cancel each other out.

I could try to explain better / in more detail if asked.