When trying to create a production build of my react-native project (bare workflow) with expo, the build fails when running Fastlane. Specifically, when Fastlane is compiling react-native-reanimated. 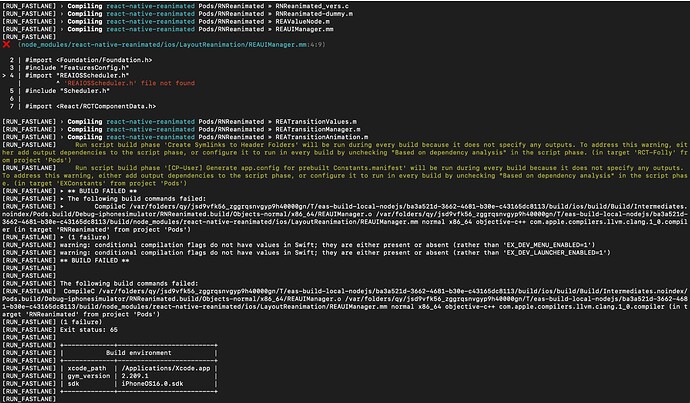 Upon further inspection of my node_modules folder, it appears that REAIOSScheduler.h does exist in the node_modules/react_native_reanimated/ios/native directory. Does anyone know why this error keeps occurring? I have done multiple things, including reverting code changes to a previous version of my application that used to work, deleting and reinstalling all libraries (including react-native-reanimated) numerous times, and clearing the cache.

I have solved the issue by updating the react-native-reanimated package to the latest version and removing all unused packages from my project (to fix the subsequent errors).