I created one real application with expo so it has several different screes,calls to rest api, linking,dealing with permissions etc.

But I have several problem after building standalone app (android) everything works fine while development but in the production version that I have to release there are several problems.

First One : I have in some screens ActivityIndicator to show loading while taking datas from API while development loading spin very well but some time in prod version loading just get stuck and doesnt spin.

Second : Header just moved from top as its height I wrote that piece of code in main view paddingTop: (Platform.OS !== 'ios') ? StatusBar.currentHeight : 0 to move view from top and show right down status bar but it’s does move twice see white space between status bar and navigation bar (I’m not allowed to upload more than 1 photo per post) (https://prnt.sc/fqbyh3) 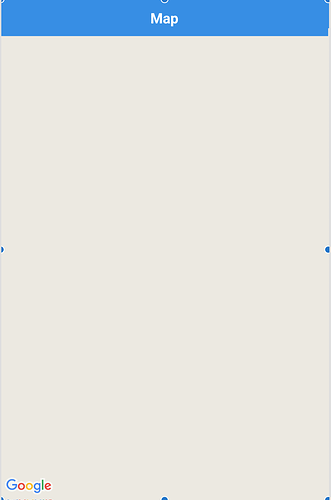 Did you get you map to work in production?

My MapView work in development, but when I build the APK, the map is blank.

I’ve enabled the Maps for Android SDK and added my SHA-1 fingerprint from the Play Store, but it still shows blank on Android (haven’t tried on iOS yet).

Having the same problem. Has anyone figured it out?