I’m currently running an expo project in development mode. Whenever I run expo start or npm start in the terminal I get the following logs:

The expected results would include a QR code after these logs, but there is none.

When I visit the DevTools at localhost:90002 I see the metro bundler is running on LAN and a QR code is available. However, when I scan this QR code, it results in an error reading "No usable data found". 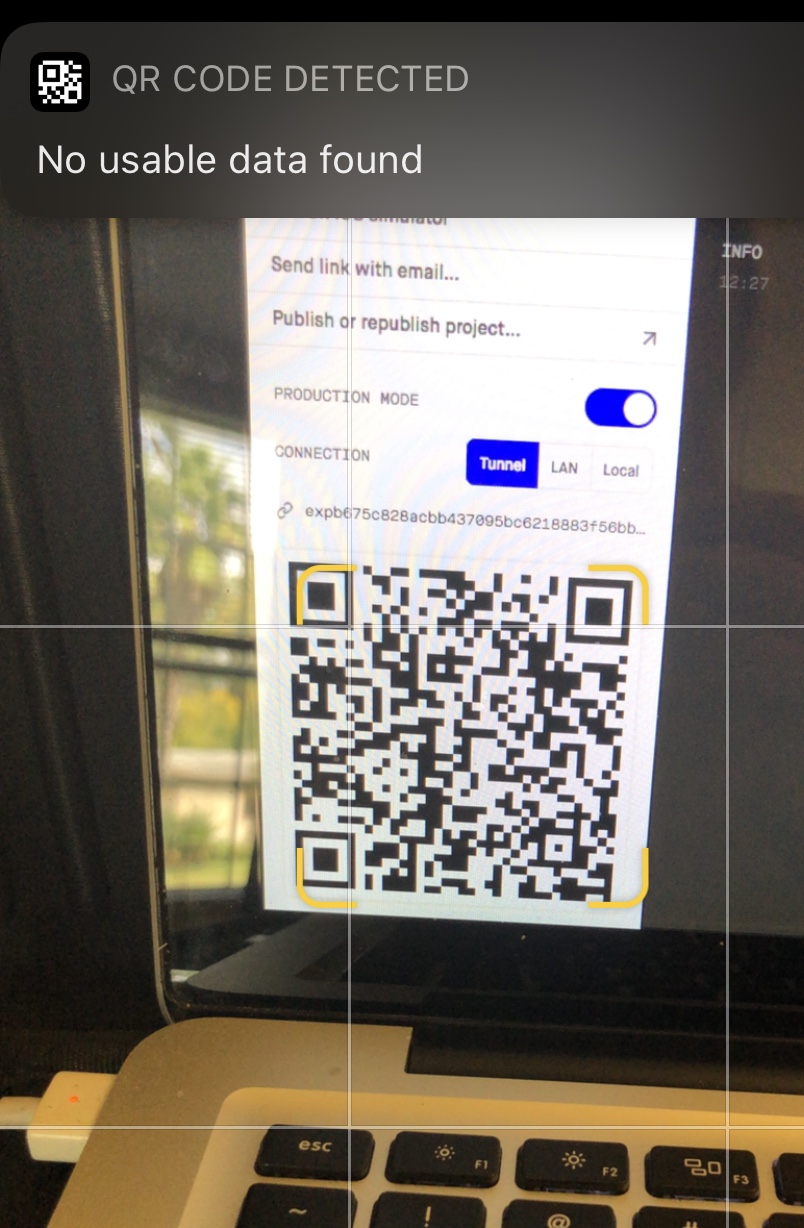 None of these have worked.

Any help is appreciated!

Hi. There are several things about your post that I find strange or unexpected.

I did not realise that there was a version of expo-cli later than 3.0.10, although it’s not terribly surprising, I suppose. I tried it out on my machine and it worked as expected in an existing project and also a newly created one. Differences: This was on Linux rather than macOS; The existing project was using SDK 34 and the newly created one SDK 35 rather than SDK 33; I was using node 12.x rather than node 10. I wouldn’t have expected any of these things to make it work for me while it doesn’t for you.

What happens if you press ‘c’ when Logs for your project will appear below. Press Ctrl+C to exit. is shown?

I don’t remember seeing something like the following before:

Also, the scheme for that URL is pretty weird. Maybe this is something to do with deep linking?

Did you scan the QR code using the Expo app or are you trying this on an iOS device?

What happens if you log in using expo-cli and also login to the app? You should see the running project under “Recently in development”.

Hi, I am not 100% sure if this was the cause, but I ran into this issue after I eject the project. (expo eject)

I don’t know enough about expo to confirm this, but it seemed to be what caused it with me.

Yes, I agree. I just ejected a test app yesterday (to ExpoKit if that makes a difference) and got the above behaviour.