How do you guys debug android native errors?
I got a crash report, but I have no ide how to debug it. I tried to find some info in stackoverflow but without success.

Expo has “Error handling” option with Fabric, but will Fabric give me the same crash report as I am geting from google play console? Also I assume that Fabric is going away because google bought it, and I can’t really setup a account.

Here is my nasty crash report from google play console.

A quick question before I ask around with the team, is your Expo app detached?

My app is not detached

I’m pinging @jesse who can help you take a look at this. Thanks for bearing with us.

This crash report is not that useful i think, its deep in the bowls of android itself.

Did you get anything higher level, like a Java stack trace of the native issue?

nop, I did not get any report in Sentry, just in google play.

It will be kinda hard to debug this with no reproducible case & lack of like application level debugging. Can you try to reproduce it?

I am not sure yet, how to reproduce the issue. I am using react native maps, lottie animations, and I think one of them can be the issue. I will try to dig into it. Basically, my app works really nice on IOS, and android devices I tested (Samsung galaxy 6 edge, Huawei P10).

Interesting: So is this S8+ the only device that this crashes on consistently?

@ryszardrzepa Oh this is a fun nice app. Did you use lottie for the done animation?

Not really, I got some crashes today to…
I have to find out what is the best method of fixing native crashes.
This crash report with the java code, is not I am familiar with.
.

Thanks! @edgar. I used lottie just for loading Pin marker, while waiting for data to be fetched.

a component in this lib 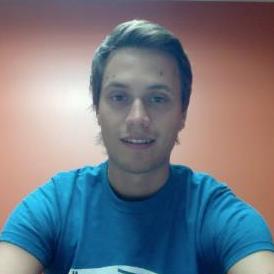 is throwing the exception because its getting junk data that it doesn’t like.

I’ll open an issue there

wow, how did you find out that?
I am using react-native-tab-view, which I think is using “react-native-gesture-handler”

I might be wrong but it was my intuition from looking at that Java stack trace.

Thanks @edgar for tip. Do you think that first screenshot with the crash report can be also related to the /react-native-gesture-handler, or it looks on different issue?

Maybe you could also give a link or a tip how to learn to debug native stack traces?

I’m sorry but this crash is not related to gesture-handler library. I’ve put more broad explanation on the issue on Github here: https://github.com/kmagiera/react-native-gesture-handler/issues/54#issuecomment-344568674

Thanks @kzzzf for the clarifying that /react-native-gesture-handler is not a issue!

ah, sorry about that, thanks!