Wondering what has become of Expo’s free plan … It’s now 8 hours since waiting in queue for a build on iOS. I’ve submitted two iOS builds.

First one waited in queue for 1 hour and 4 minutes before starting to build, which took 47 minutes to complete.

Second build is now at 8 hours of queue, and there are just 3 iOS builds waiting in queue, while 30 seem to have finished in the past hour, according to the turtle-status.

These same builds used to take around ~15 minutes a month ago.
Is this how it’s supposed to be from now on, for free users? I gave up on the paid plan because it has only 2 concurrent builds and none of that promised “priority support”, hence it’s not worth the $100. 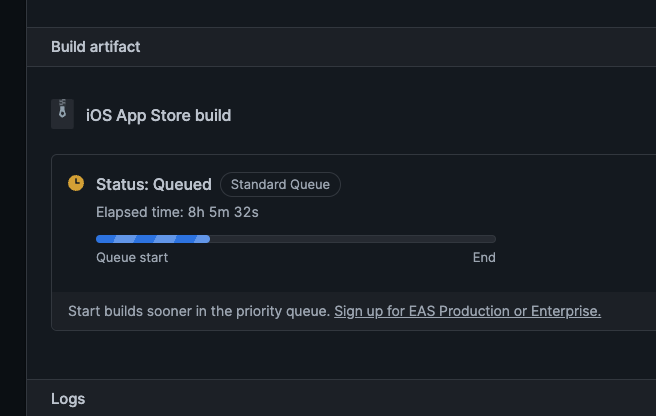 This file has been truncated. show original